Entrepreneurs and start ups can learn a lot from long-established businesses. We caught up with the world’s oldest independent record label, Topic Records as it celebrates its 75th anniversary.

As a business with a global customer base, its headquarters can be purely down to the bosses’ preferences. 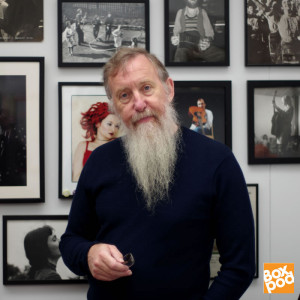 David Suff is the fourth man to take the helm at Topic Records. It started out in 1939. From the late 50s, Topic separated from its Communist Party roots and focused on British folk music. It had been at its Finsbury Park, London home for around 40 years. Then, in 2011, Topic moved to Uppingham, Rutland.

David explained: “At the point when we moved out of London, the Internet had reached a sort of critical mass so it did not matter where in the world we were based. It’s not as remote as the address may suggest! We have benefited from lower business insurance now we are out of North London and salaries are lower here. We have access to the delivery/postal services as before for our Internet sales and mail order.”

Topic sold its London home and started renting in Uppingham – through a Boxpod landlord, Fernie Properties. “It’s a move that has worked for us, there have been cost-saving elements in relocating and we were lucky this unit was vacant when we are looking. It was just what we wanted.”

Not having the responsibility of property upkeep and having a landlord at the end of the phone if problems do crop up is a bonus.

David moved 17 tonnes or wooden shelving when Topic relocated. All the original shelving from London was dismantled and rebuilt and still to this day houses all the archives, contracts and master tapes.

“Running this business today is different. It’s a constant juggling and balancing exercise. You may not get it right every time but you can’t get it wrong too many times… there are wages to pay, overhead costs to meet. With the Internet and digital downloads we have had to adapt. We are building an enormous digital archive, we have scanned old record sleeves, used character recognition software and hours and hours of editing to add sleeve notes (in file format) with the downloads. It’s an attempt to publish the music in the way that we want to even if the means of distribution has changed so radically.”

Topic uses its website, Facebook and Twitter to communicate with its audience, “Nowadays music is less expensive to make, it’s the marketing and selling that is expensive,” David concludes.

Thinking of relocating or looking for new premises